You are here: Home / Blog / 9 Reasons to Use Video Depositions (and 1 Reason to Avoid Them)

A typical scenario: you’re a litigator or trial attorney preparing a case and you have a number of witnesses to depose, so you pick up the phone to call your trusty court reporter to arrange the depositions but have you considered the advantages of using a videographer at the same time?

Here are 9 good reasons to record a deposition on video:

1. If a key witness cannot attend a trial, a videotaped deposition can often be the next best thing. The judge and jury are not only able to listen to the witness, but also see the witness at the same time. They can pick up on nonverbal communication that would often be critical on the stand: body language, hesitancy, vocal inflections, demeanor, volume, etc. None of these cues are available in a standard transcribed deposition.

2. Expert witnesses are often ideal candidates for video depositions. Because they are used to acting as experts, they generally know the right things to say, project an air of intelligence, are usually predictable, and are excellent at following lines of questioning. A good expert can convey an authority that surpasses the written transcript of a deposition.

3. Expert witnesses can be expensive to call to testify in person. A video recorded deposition is often the best alternative. It’s cheaper, and the power of the witness is preserved because the demeanor and speech of the subject is on full display for the jury.

4. Under the right circumstances, using a video deposition to present background and foundational testimony improves the flow of evidence, eliminates calling witnesses out of order, and improves clarity to the jury.

5. Video depositions are more “interesting” to jury members. Juries are used to watching television and online video (who isn’t, really?). Therefore, they are predisposed to pay more attention to video than simply listening to someone read a deposition transcript. Oddly enough, sometimes seeing it “online” or “on TV” can feel more real than if the deponent were actually in the courtroom.

6. Video depositions can now be easily stored on a laptop, hard drive, or even a flash drive and used at trial. Because the testimony is digital, any moment of the deposition can be instantly accessed and projected in the courtroom. And if the witness contradicts himself in court, the original deposition can be easily retrieved and used to discredit the new testimony.

7. Sometimes a particularly damaging video deposition can precipitate a settlement. If the witness is particularly hostile or rude or refuses to answer questions over and over, the opposing attorney can be in an overwhelming position of strength and can negotiate a settlement before trial.

8. A picture is worth a thousand words. Studies show that jury members retain information up to six times longer when seeing witnesses and hearing them speak, rather than merely hearing a transcript read aloud in court. As the expression goes, “Seeing is believing.”

9. The opposing attorney may use video in court, causing you to appear “out of date” and out of touch with current technology. To be competitive, you need to use an arsenal of modern weapons in the courtroom. With today’s audio/visual technology, a video deposition is merely one of these advanced video weapons.

As you can see, a video deposition can be a powerful tool in the courtroom and offers many advantages to transcribed depositions. Consider booking a videographer at the same time you schedule your deposition. You just may be glad you did.

That said, there’s one situation where you might want to reconsider the video deposition. Personal injury attorneys will understand this one: When you have a deponent who has lost someone, you might not want their raw tears and emotion on video. In those situations, it may behoove you to stick with your court reporter’s transcript and avoid visual recordings, if possible (but if your opposing counsel is any good, they will cross-notice the deposition and bring a videographer of their own). 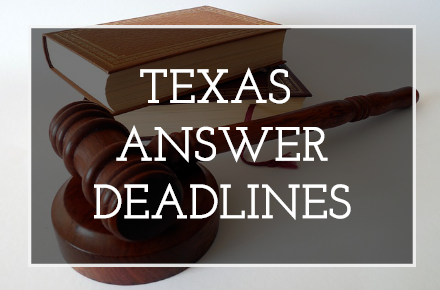